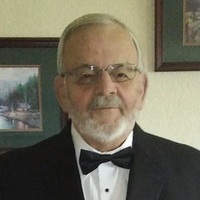 After retiring from the State of New York, Thomas moved to Mesquite, NV. He served as a Supreme Knight for the Knights of Columbus, Mesquite council. He enjoyed travel and was an avid sports fan, especially playing golf and watching the Buffalo Bills.

He is survived by his daughters, Christine (Frank) Kearney of Mason, OH, Jennifer (Jason) Winger of Lafayette, IN and 8 grandchildren. Sisters, Ellen Phillips and Carol Hemmerick of East Stroudsburg, PA, sisters- in- law, Linda Kelly and Patti Shires, brother- in- law, Joseph Shires all of Utica, NY. Along with his parents and wife, he was preceded in death by his son, Thomas P. Hemmerick and brothers-in-law, Jack Phillips, William Kelly, Randy Shires, sisters-in-law, Carol Alden and Betty Shires.

A funeral mass is planned at 10:00 AM, January 24, 2022 at La Virgen de Guadalupe Catholic Church in Mesquite, NV. Burial will be at Hillside Cemetery immediately after.

Final care of Thomas has been entrusted to the Strawmyer & Drury Mortuary, 2400 N. Lebanon Street, Lebanon. You are invited to visit the website where you may sign his online register and leave a personal message at www.strawmyerdrury.com.