You Are Here:Home>Obituaries>Thomas William “Bill” Anderson 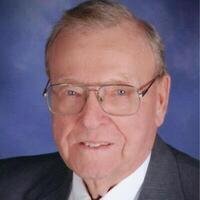 Thomas William “Bill” Anderson, known by many as Uncle Bill, 94, of Lebanon, passed away Sunday, Sep. 5, 2021, at Crown Pointe Senior Living in Lebanon.

Bill graduated from Pinnell High School with the class of 1945. He served in the United States Army Corps of Engineers during World War II. Bill then went on to work for J.D. Adams, along with the Westinghouse Air Brake Company from 1947-1983. He also farmed the 90- acre family farm, south of town. Bill was a member of the Centenary United Methodist Church.

Uncle Bill was lovingly known for his love of people, his joy for life, and his wicked sense of humor and orneriness.

Family and friends will gather Thursday, Sep. 9, for a graveside service at 10: 30 a.m. in the Oak Hill Cemetery, Lebanon. Final care of Bill has been entrusted to the Strawmyer & Drury Mortuary, 2400 N. Lebanon Street, Lebanon.

The family is greatly indebted to the wonderful staff at Crown Pointe who took such great care of Uncle Bill. They made this difficult time much easier on him and on us. Our thanks, also, to Paradigm Health for providing everything we needed to keep him comfortable.

Donations in Bill’s memory may be made to Crown Pointe of Lebanon for the purchase of a memorial bench to be placed outside of his apartment so others can continue to keep updated on the “geese count” at the pond.