You Are Here:Home>RadioMom Local News>Thorntown Man Sentenced To 30 Years On 4 Counts Of Child Molest 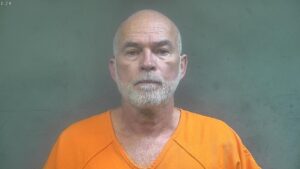 On October 4, 2021, Johnny Allen Adams, 64, of Thorntown was sentenced to a total of 30 years at the Indiana Department of Corrections on 4 Counts of child molesting by Boone Superior Court I Judge Matthew Kincaid. Having previously been convicted at a jury trial, a sentencing hearing was held where the State of Indiana and the Defense presented evidence and argument as to what the appropriate sentence the Court should impose. Based upon the nature of the criminal acts, the position of trust the defendant had over the victims and that there were two victims, the State of Indiana advocated for an aggravated sentence. Additionally, Adams was
declared to be a Sexual Violent Predator and upon completion of his sentence at the Indiana Department of Corrections will be required to register as such and follow all other legal obligations imposed on sexually violent predators.
In August, Adams was found guilty by a Boone County jury of sexually abusing 2 children. After a three-day trial, the jury returned a unanimous verdict, on all 4 counts, convicting Perry of two counts of Child Molesting as a level 1 felony and 2 counts of Child
Molesting as a level 4 felony. The charges stem from criminal acts committed by Adams between January of 2015 through May 2019 when the victims were between the ages of 6 and 11.
The Prosecution Team was led by Special Victim’s Prosecutor Heidi Jennings, cocounsel Deputy Prosecutor Christina Pace and Boone County Sheriff’s Office Deputy Jesse Boggs. After the verdict, Special Victim’s Prosecutor Heidi Jennings stated: “I am in awe of the strength demonstrated by the two young victims in this case. We are grateful for their courage
and the jury’s service in rendering this verdict.”

When asked for comment on today’s sentence, Prosecutor Kent Eastwood added: “We are grateful for the victims’ coming forward and helping us prosecute this matter. Further I want to express a sincere thank you to the BCPO Deputy Prosecutors Heidi Jennings and Christina Pace, Direct of Victim Services Tracey Christner, Paralegal Rachel Dennis, Boone County Sheriff Deputy Jesse Boggs, and Sylvia’s Child Advocacy Center for helping obtain this conviction.”