Traffic Stop Leads To The Arrest Of A Murder Suspect

You Are Here:Home>RadioMom Local News>Traffic Stop Leads To The Arrest Of A Murder Suspect

Traffic Stop Leads To The Arrest Of A Murder Suspect 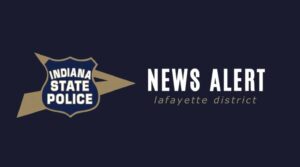 On January 15, 2022, around 9:45 p.m., Indiana State Police Radio Region 1 Dispatch received a 9-1-1 call of a vehicle leaving the scene of a property damage crash on Interstate 65 near the 143 mile-marker. Trooper Wiley located the vehicle, which was driven by Dariel Dodd, 42, from Indianapolis, IN, near the 165 mile-marker and stopped it for numerous traffic violations. While Trooper Wiley was speaking with Dodd, he noticed signs of intoxication and suspected that criminal activity might be afoot. During the investigation, Dodd attempted to throw a handgun into the ditch. Trooper Wiley quickly noticed this and took Dodd into custody.
Further investigation led Trooper Wiley to believe Dodd was under the influence of a controlled substance. Dodd refused to take a certified test, so a warrant was granted to Trooper Wiley by a Tippecanoe County Judge. Dodd was taken for a blood draw, and those results are pending. Dodd was then transported to Tippecanoe County Jail.
On January 19, 2022, a warrant for Dodd’s arrest for murder was filed in Lake County. Dodd is currently in Tippecanoe County Jail and awaits extradition.