Update On Fire At BP Station

You Are Here:Home>RadioMom Local News>Update On Fire At BP Station

Update On Fire At BP Station 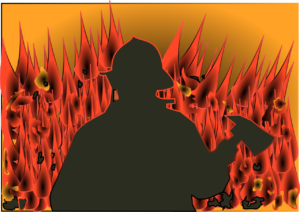 The Lebanon Fire and Police Departments have concluded their investigation into the cause of the early morning fire at 1902 Indianapolis Ave (BP Fuel Station). The investigation determined that the fire was intentionally set by Karmbir Singh, an employee of the BP Fuel Station. After viewing video evidence, investigators were clearly able to observe Mr. Singh soaking several items in gasoline, and those items were later discovered to have been used to start the fire. Mr. Singh was the only individual present at the time of the fire. Investigators were unable to interview Mr. Singh immediately following the incident due to the severity of his injuries. Mr. Singh succumbed to his injuries Sunday morning.