You Are Here:Home>Obituaries>Veta Rose Vanderpool 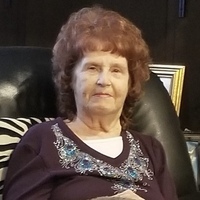 Veta was born in Indianapolis, a daughter of the late Arthur and Marian (Forey) Bauman. She married Marion Luther Vanderpool on Apr. 27, 1968. He survives.

Veta enjoyed traveling and camping in their motor home from coast to coast, showing their dogs. She was a member of the American Kennel club, raising and showing Chihuahuas. In 1998 she won the West Minster show for her long haired chihuahuas. She also enjoyed attending her grandkids’ sporting events.

Family and friends will gather Friday, Apr. 8, for visitation from 10 a.m. until the time of the funeral service at 12 p.m. in the Strawmyer & Drury Mortuary, 2400 N. Lebanon Street, Lebanon. Veta will be laid to rest at Lincoln Memory Gardens in Whitestown.