You Are Here:Home>Obituaries>William F. “Bill” Arthur 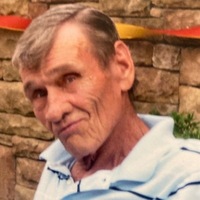 Bill attended Clermont schools. He worked as plumber, beginning with Melvin McClain Plumbing, then Ping Brothers, and eventually working for himself. He had a great interest in genealogy and spent many years researching his family history.  Bill was the type of guy who never met a stranger and was a great provider and friend to many.

In addition to his wife and parents, Bill was preceded in death by his siblings, James F. Arthur and Ruthmary Arthur Lopez.

Family and friends will gather Wednesday, July 14 for visitation from 4 p.m. until 8 p.m. in the Strawmyer & Drury Mortuary, 2400 N. Lebanon Street, Lebanon. A funeral service will be held Thursday, July 15 at 1 p.m. in the funeral home. Bill will be laid to rest at Oak Hill Cemetery in Lebanon. Memorial contributions in his memory may be made to the Danville Public Library, 101 S. Indiana Street, Danville, IN 46122.