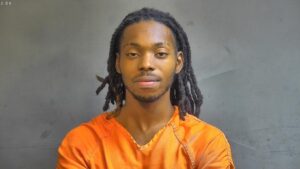 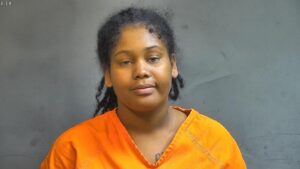 During the early morning hours of August 10th a Statewide “BOLO” broadcast was issued for a black Ford Mustang with a Utah license plate which was involved in a battery and child abduction in Kenosha, WI. The driver of the vehicle was considered armed and dangerous.
Shortly after the broadcast, WMPD officers observed a vehicle matching this description traveling southbound on I-65 through Whitestown. WMPD along with assistance from the Boone County Sheriff’s Office, Lebanon PD, and Zionsville PD conducted a high-risk stop on the vehicle near the 2.0mile-marker on I-865 Eastbound.
Following investigative efforts, WMPD officers confirmed that this was the vehicle wanted out of Kenosha, WI. The driver, identified as Ramogi Caldwell (23, of South Carolina), and passenger, identified as Bresha Goode (21, of South Carolina) were both taken into custody for warrants out of Kenosha for Kidnapping.
The two missing juveniles were found unharmed in the vehicle, and were taken to an Indianapolis hospital for evaluation, and released into the care of a case worker from the Indiana Department of Child Services, to await reunification with their birth parents.
Caldwell and Goode are currently incarcerated in the Boone County Jail for outstanding warrants of Kidnapping, awaiting extradition to Kenosha, WI.